Creating looping operations over a set of entities in BuildIT

We have seen in our previous post how to modify a recorded process so that it can be applied to any cylinder. You can refer back to it here. If we look at the process editor, this is where we last were: 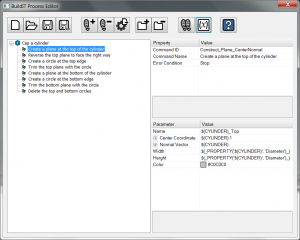 In this post, we will continue our modification of the process to have it be applied to a set of cylinders in our current model, using looping operations. The first step is to remove the process variable CYLINDER we created earlier. For this, we open the variable window, select the CYLINDER line and press Delete Variable.

Our process will continue to use the CYLINDER variable, but instead of having its value defined when starting the process and be maintained throughout, we want the value of CYLINDER to change in order to cover each cylinder in the model. For this, we will need to create an operation.

Operations are a great way to organize our process to make understanding it more straightforward. In addition to this organizational role, operations are used in BuildIT process automation to define a set of repeating (or conditional, as we will see later) commands.

Then, we put out CYLINDER variable name as the Loop Variable for the operation and use the FIND function to dynamically create a list of objects (under Loop List) from the contents of the model. 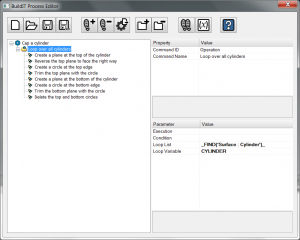 In order to allow the operator to follow along when the process will be executing, we’ll add a message output at the top of the operation to inform him of which cylinder we are currently processing. 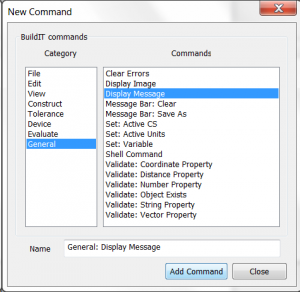 As you can see below, in addition to the cylinder name (the CYLINDER variable) we also included the current position in the loop, using the LOOPINDEX and LOOPTOTAL system variables. 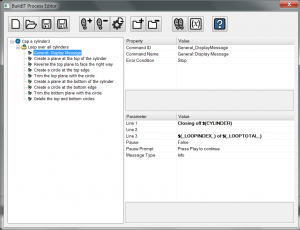 System variables are pre-defined variables that are available to your process, in addition to any variable your define yourself. As a convention, we use the underscore character as a prefix and suffix to system variable names in order to make it clearer that these are not defined by the user.

The system variables available are:

When running, this process will show the message in the 3D view, over the model. 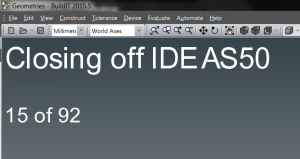 In a future post, we’ll see how we can use other options of the FIND functions to restrict the operation to a subset of all the cylinders from our model. 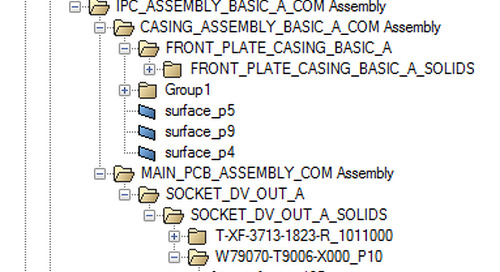 How to use nested grouping in BuildIT 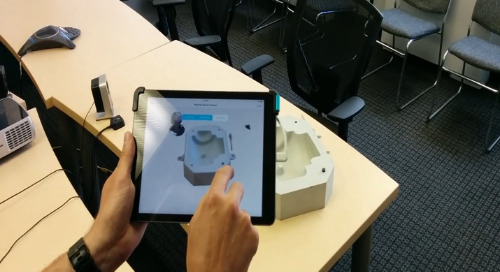 We used the Occipital Structure Sensor on an iPad Air 1 to scan a mold part. The point cloud was imported i...