I often get the question, “When should Least Material Condition (LMC) be applied to a hole opposed to Maximium Material Condition (MMC)?” The answer is surprisingly simple! The question the designer should ask is, “What is the function of the hole, and if the hole is too large will it degrade the structural integrity of the part?” The LMC modifier’s intention is to control the hole at its largest possible size, while the intent of MMC is just the opposite. MMC controls the hole at it smallest possible size.

Let’s explore some cases where LMC and MMC would be applied! 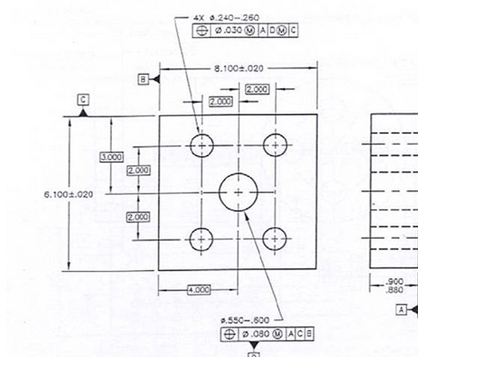 When I say, “close to the edge of the part”, I simply mean when the shafts engage the holes enough material exists between the hole and the edge so that a small transverse force will not cause the shaft to rip through the material.

When the holes are close to the edge of the part, the designer should consider controlling the largest hole to avoid diminishing the structural integrity. If the hole is close to the edge and it is too large, a very thin cross section of material will exist between the outer edge and the hole rendering the part weak at that location. 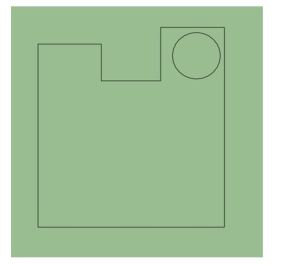 The image (left) is an example where the hole should be controlled at its largest; therefore a LMC modifier should be applied.

It just so happens that not many parts are made this way so the LMC modifier is not used a ton. The MMC modifier is by far used much more than the LMC but it is definitely there when you need it! 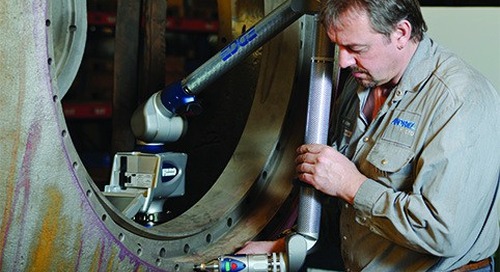 Measuring with accuracy while documenting the project

Is it possible to utilize extreme data capture while maintaining the accuracy of laser trackers? The first ... 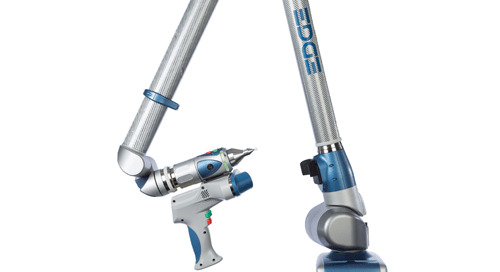 For this theoretical experiment, I find the deviation of the center point of a spherical probe by adding co...