For this theoretical experiment, I find the deviation of the center point of a spherical probe by adding conductive heat through hand contact. If you want to perform this test, you will require an infrared thermometer to monitor temperature changes, a stopwatch to track time, and a FaroArm with available standard ball probes.

First, let’s review the set up for the experiment. At stability, which is achieved once the FaroArm/ probe reach the stable operating temperature, you want to perform a probe qualification and ensure that it is within spec. After wards, one must perform a DRO to a measured plane while system is still stable (before you add conductive heat). Moving the probe around the measured plane should yield a deviation no greater than your qualification accuracy. If this is the case, then you have a valid plane/qualification.

After verifying the set-up and qualification, the real fun begins! Having measured a plane at stability, the next step is to hold the probe for some amount of time and measure the probe temperature. After recording the time the probe tip was held and the new temperature, you want to perform another DRO to the original (stable measured) plane. The difference in deviation from the stable set up and the modified system should return the growth or center point drift since calibration (stability). You should repeat this process until the probe reaches your hand temperature. At this point, the probe will have reached the highest or lowest possible radius with hand contact, depending on ambient air temperature. Not to mention that you will also have an approximation of the time required. The theoretical values for this experiment can also be derived using the following equations:

Eqn. 1
In the volume expansion equation to the left, Vo is the initial volume, ΔV is the change in volume for some change in temperature, T , and α is the coefficient of thermal expansion for the probes material. In our example, Vo can be calculated with the volume equation for a sphere: Eqn. 2 V0=4/3*π*R1^3.

To find the radius, R1, I suggest using the FaroArm itself. To do so, calculate the distance from an uncompensated point to a plane. Do this after qualification but while stable and before you change the probe tips temperature. The distance from the uncompensated point to the plane will be the radius of the probe at that specific temperature. To calculate the theoretical radius at the new temperature, we will have to combine equation 1 and equation 2 while solving for the new radius.

If we combine equation 1 with equation 2, we get the following results:

But we are not interested in the change of volume; we want the change in radius. To solve for the new radius we need to use the volume equation for a sphere one more time. But this time, it will be for the new volume. If we think about it for a second, we can generalize the following equation:

If we combine equation 3 and equation 4, we get the following.

In conclusion, this experiment is a great way to make sure that probes are not touched to the point that their radius changes. With the final derived equation we can also extrapolate unexplored terrain, find at which temperature the Rc will be unacceptable, or even find the coefficient of thermal expansion. If nothing else, the most important thing to take from this is to qualify the probes close to operating temperature and while stable. The arm may have sensors to detect and include growth/shrinking to its algorithm, but the probes do not. 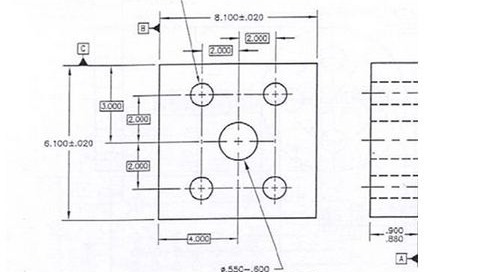 I often get the question, “When should Least Material Condition (LMC) be applied to a hole opposed to Maxim... 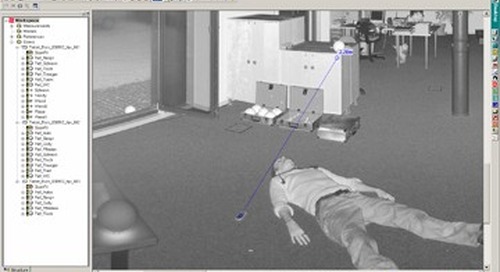 Laser scanning is rapidly gaining acceptance and becoming more and more commonplace in the law enforcement ...