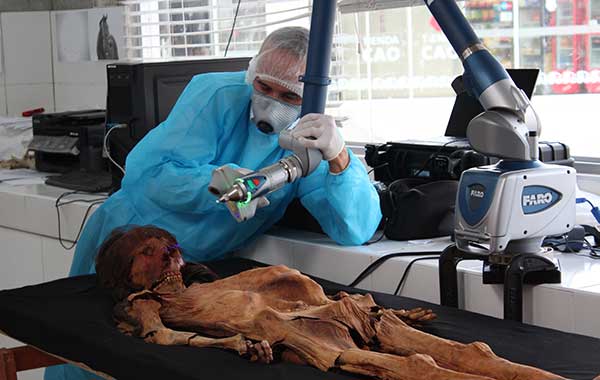 FARO’s 3D Laser Scanning Technology used in reconstructing the face of a mysterious mummy, known as the Lady of Cao. She is believed to be a female leader of the Moche Civilization in Peru, which ruled more than 1,700 years ago.

Moche culture flourished approximately a thousand years before the Inca civilization in northern Peru. In 2005, a tomb was discovered in a mud-brick ruined pyramid near Trujillo, a city on the northwest coast of Peru known for being a site of the prehistoric Moche culture. Inside of this tomb was an intriguing bundle of cloth. This bundle preserved a mummified female body covered in elaborate tattoos –  of snakes, spiders and supernatural motifs — along with jewelry, ornaments, crowns, and two scepters. This woman is now known as “The Lady of Cao”,  the only known female ruler of the Moche Civilization.

The Lady of Cao mummy is currently in display in the Museum of “El Brujo” Archaeological Complex, near to Magdalena de Cao town, in northern Peru.  To preserve the mummy, she’s kept in a climate-controlled chamber and can only be viewed indirectly with the aid of a viewing window and mirror.

Wiese Foundation, the entity that sponsors the Museum, wanted the visitors to be able to admire the Lady of Cao more freely and have a permanent digital record of her remains for further preservation. To achieve this, the museum contacted the world’s most trusted source for 3D technology, FARO®. Through FARO’s state-of-the-art 3Dsolutions, it was possible to build a digital model of the mummy, 3D print a replica, and, using specialized software and forensic anthropology techniques, perform the facial reconstruction that would reveal to the world, for the first time, The Lady of Cao’s face.

To achieve this goal, FARO and Wiese Foundation, along with 3D Systems®, Grupo Abstract and ARQ 3D+, assembled an international team of experts formed of archaeologists, anthropologists, forensic scientists and 3D technology experts.

Here’s a breakdown of the digital reconstruction process:

Thanks to this effort of this multidisciplinary talent and state-of-the-art 3D technology, the face of this remarkable and historic character of pre-Hispanic culture has been brought to life and revealed to the world.

If you want to learn more about the use of FARO’s 3D solutions in forensic reconstruction and cultural heritage preservation, click here. 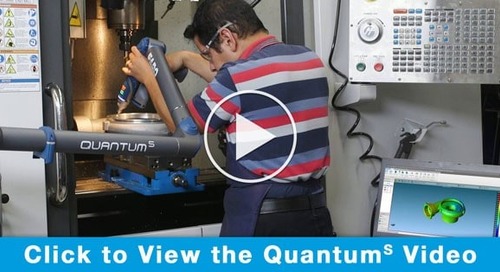 FARO is excited to announce the release of Quantum S, the most accurate, reliable and rigorously tested Far... 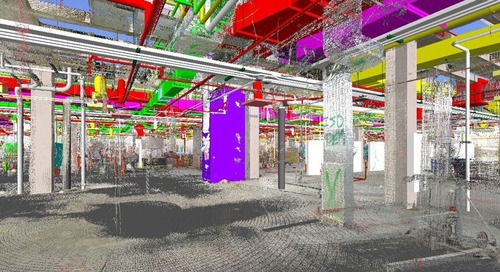